My first Kristin Hannah novel and it won’t be my last! I enjoyed this book, I wouldn’t say it was my favorite that I’ve read lately, but I felt super involved in the story and wanted to know what would happen between the two women. The novel really explores friendship and how far we will go for those friends that we love like family. My struggle with the characters was that one character was all give and one was all take. I never felt like the giving character was able to take from any of the other characters.

Here is the description from Amazon:
In the turbulent summer of 1974, Kate Mularkey has accepted her place at the bottom of the eighth-grade social food chain. Then, to her amazement, the “coolest girl in the world” moves in across the street and wants to be her friend. Tully Hart seems to have it all—beauty, brains, ambition. On the surface they are as opposite as two people can be: Kate, doomed to be forever uncool, with a loving family who mortifies her at every turn. Tully, steeped in glamour and mystery, but with a secret that is destroying her. They make a pact to be best friends forever; by summer’s end they’ve become TullyandKate. Inseparable.

Spanning more than three decades and playing out across the ever-changing face of the Pacific Northwest, Firefly Lane is the poignant, powerful story of two women and the friendship that becomes the bulkhead of their lives.

My only complaint with the story was that from the beginning, we knew that an event occurs that hurts their friendship. However, that event doesn’t happen until almost the end of the book. I wish it happened sooner so we could explore more of the after story. I felt like the book took it’s time covering their lives and their friendship, but then felt it rushed to the end. I really did enjoy it, it made me cry and want to read and write more.
Overall, I would definitely recommend it.

Here are some pictures from the new Vanderpump restaurant in Las Vegas! The ambiance is great and of course, it’s decorated SUPER cute, but I was surprised the food was actually great too! 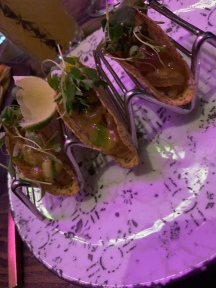 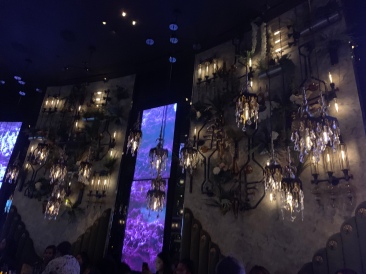 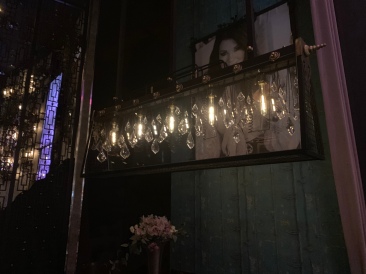 This was a fun poolside read. I didn’t love it, but it held my interest enough to want to know what happened.

The story follows a group of women who are a part of a Mom’s group who go out one night to let loose. On the night out, one of the women’s babies go missing. The multiple storylines and perspectives kept the book interesting but overall I just didn’t find the plot drawing me in to want more. There were too many characters to have deeper character development and the details we did learn about the characters weren’t expanded on enough to make me want to dive deeper into the story.

The ending seemed rushed and also like an obvious oversight that wouldn’t have actually ever happened in real life. But hey, who knows? Stranger things have happened!

If the book Luckiest Girl Alive and the movie, Enough, had a baby- this would be it.

There are so many layers to this novel and I absolutely love how none of the twists were revealed early on or even hinted. They were actual surprises!

I don’t want to give much away but the novel follows two women through their tangled past and current relationships. Lots of different layers flow throughout the past and current day story to create suspense and surprises. Very well written and the story was extremely well thought out.

I highly recommend picking this book up!

The one question I have about the book is about the sister. I really wanted that storyline to develop more and more details about her plotting against the main character (canceling photos, etc). For those who have read the book, did you also want to see more closure from this character?

I was totally underwhelmed by this book, which I finished in a day. A fairly smooth, quick read and very well written – I just didn’t like the story and figured out the big surprise about 1/3 of a way into the novel.

I really only finished the book to see how the incident/twist in the story occurred, but really was convinced I had the twist figured out early on. I was hoping I had it wrong, but I was right and felt like it was almost too obvious. I’m not sure if the novel revealed itself so early on to leave the reader guessing the HOW of the story, but I found the giveaway extremely obvious.

Basically, the novel follows a Mother as she picks up the pieces in her life after her daughter goes missing. The storyline follows her trying to get closure and move on, until a clue reawakens her urge to examine the disappearance. Uncovering the secret is not only disturbing but just a bizarre story, but also a complete giveaway early on in the storyline.

I ordered the Kimchi Farro bowl and we got a monkey bread for the table. Everything was delicious and I definitely recommend checking it out! 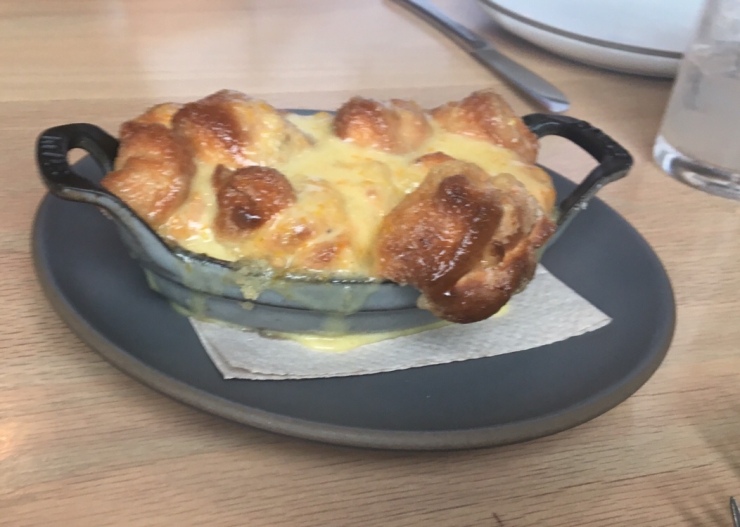 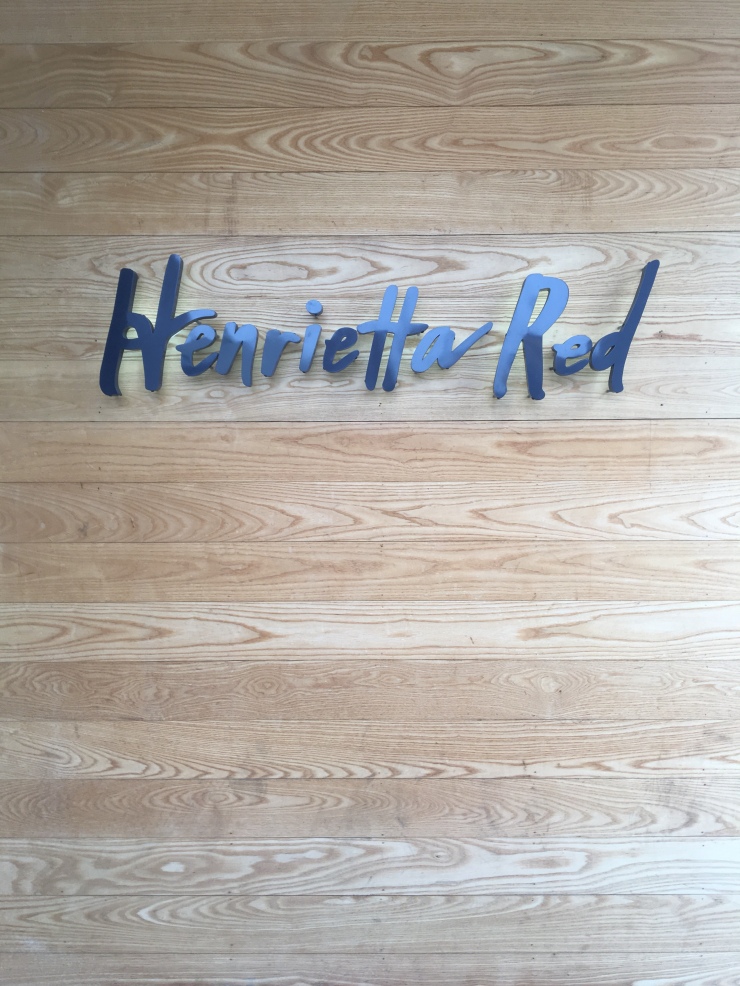 I’m super disappointed at myself for doing such a bad job on these pictures, but if you’re looking for a place to grab dinner in Memphis, Flight is where you want to go!

The concept is super cool! Similar to how you can order a wine flight or beer flight, you can actually order your entree as a flight- so you can try different things! I loved the concept because I was able to try 3 different small plates instead of picking just one entree! (It’s also a great way to order dessert with less guilt!) 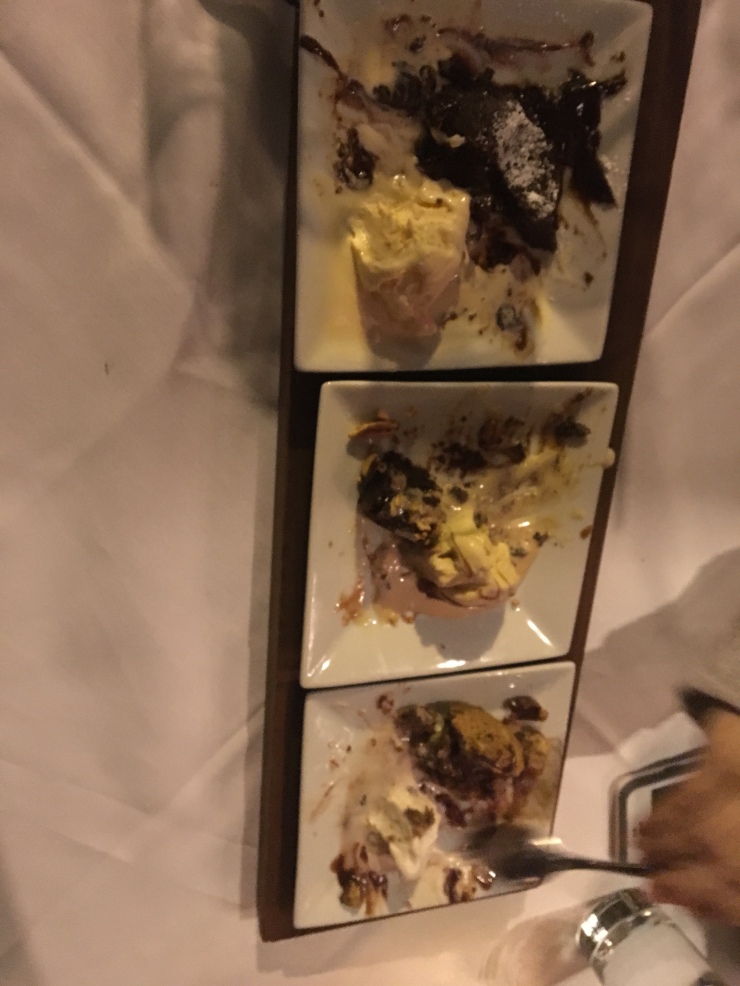 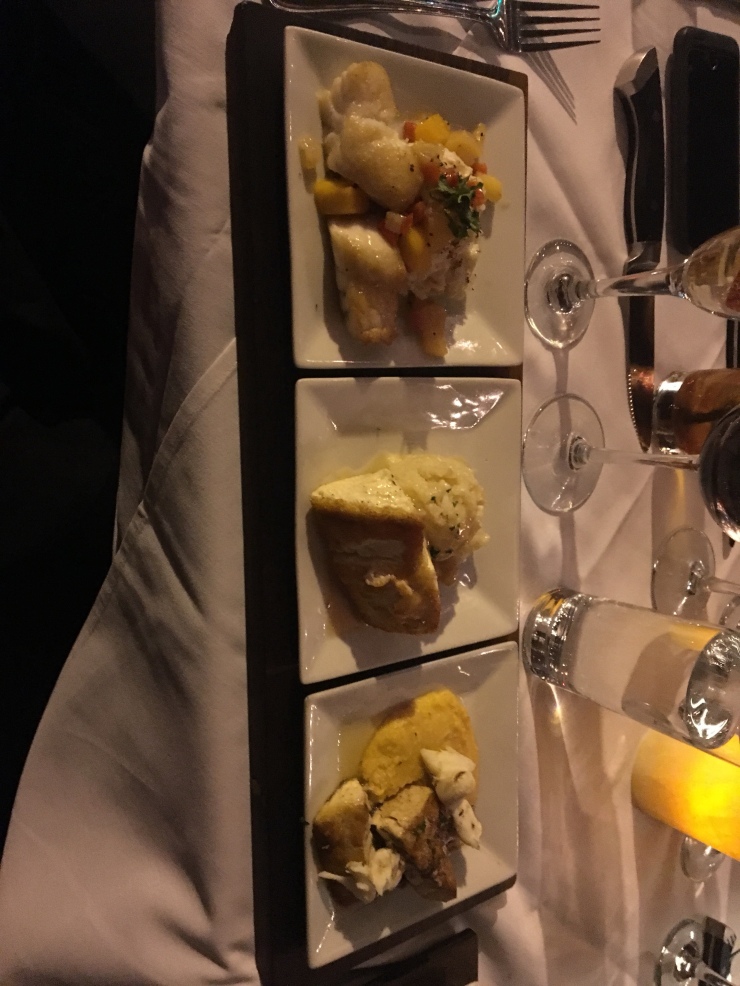 Finally got to check out The Glass Knife in Winter Park. For presentation and cuteness alone, it gets a 10/10!

It is the cutest dessert shop full of delicious treats! As far as the actual food, my avocado toast was really good- but it just didn’t compare to some of the others in town.

It’s definitely worth checking out and trying to sit in the cute corner booth with velvet walls!

Pics below are my avocado toast, peanut butter fudge donut, and the strawberry champagne dessert! 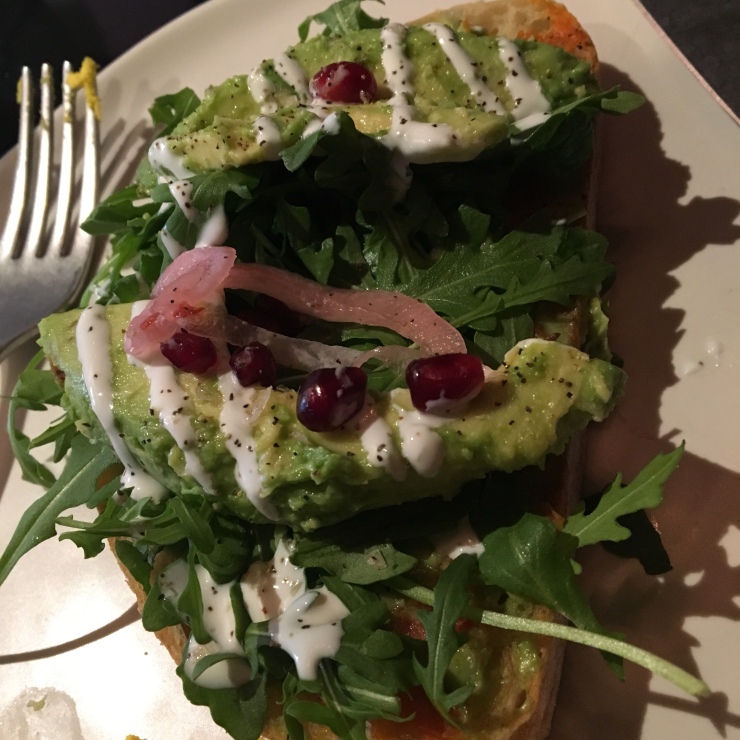 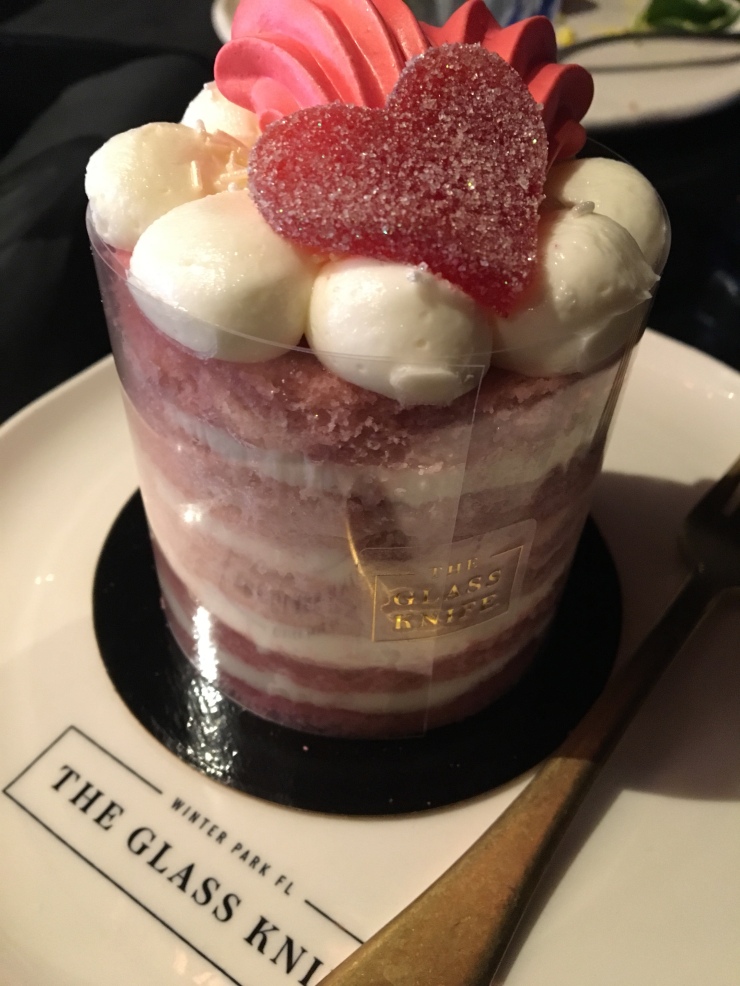 Nestled in the back section of East End, is Farm & Haus- the creator of the best avocado toast ever!! Not only do they have delicious toast, they also offer really great breakfast options like breakfast bowls and scrambles! Call me obsessed! 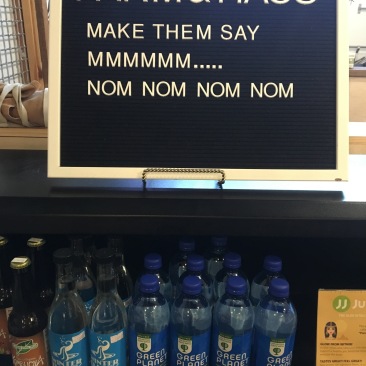 Wow, where to start? First of all, this book is a must buy. I checked it out from the library but ordered it online so I would have a permanent copy.

More importantly, I have no idea how I had never heard of this book before. It truly is a gem full of stories and wisdom- I absolutely loved it. And who knew that Dear Sugar was Cheryl Strayed?

In a nutshell, the book is a compilation of the questions sent in over the years to the Dear Sugar advice column. It’s full of so many great quotes and perspectives on different topics.

It needs to be on your book shelf.

I saw this book pop up as the book of the month for the Reese Witherspoon book club and immediately ordered it. It’s a great look inside the inner workings (and unworkings) of suburbia. The storyline takes us inside the lives of a few different families that live in the same time but live in very different ways.

I enjoyed this book, but I didn’t really get page turning excited for what was happening with the story until over 100 pages in. I think this book would be more enjoyable to those who have children and actually live in the suburbs. However, I still find its entertainment value and relatable-ness high- because it’s always entertaining to learn about the lives of others compared to what they actually portray.

I liked the storyline but almost wanted it to dive deeper into some of the issues that bubbled up throughout the novel. By the end I wanted more; so if there is a sequel, I’ll definitely be interested to see what happens next for the characters!

Milk & Honey is a super cute new restaurant in the Gulch in Nashville! I had the treat of getting to check them out for Breakfast during their Friends & Family soft opening!

First of all, you cannot do Milk & Honey without trying one of their signature lattes! I chose the Burnt Sugar latte which was a little sweet, but delicious!! The cool thing is they have an entire page of lattes to choose from! 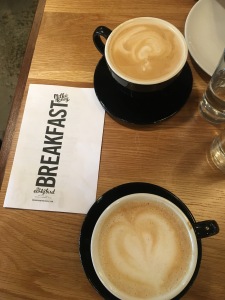 And for the main event, I went with the soft scrambled egg toast! Definitely great!